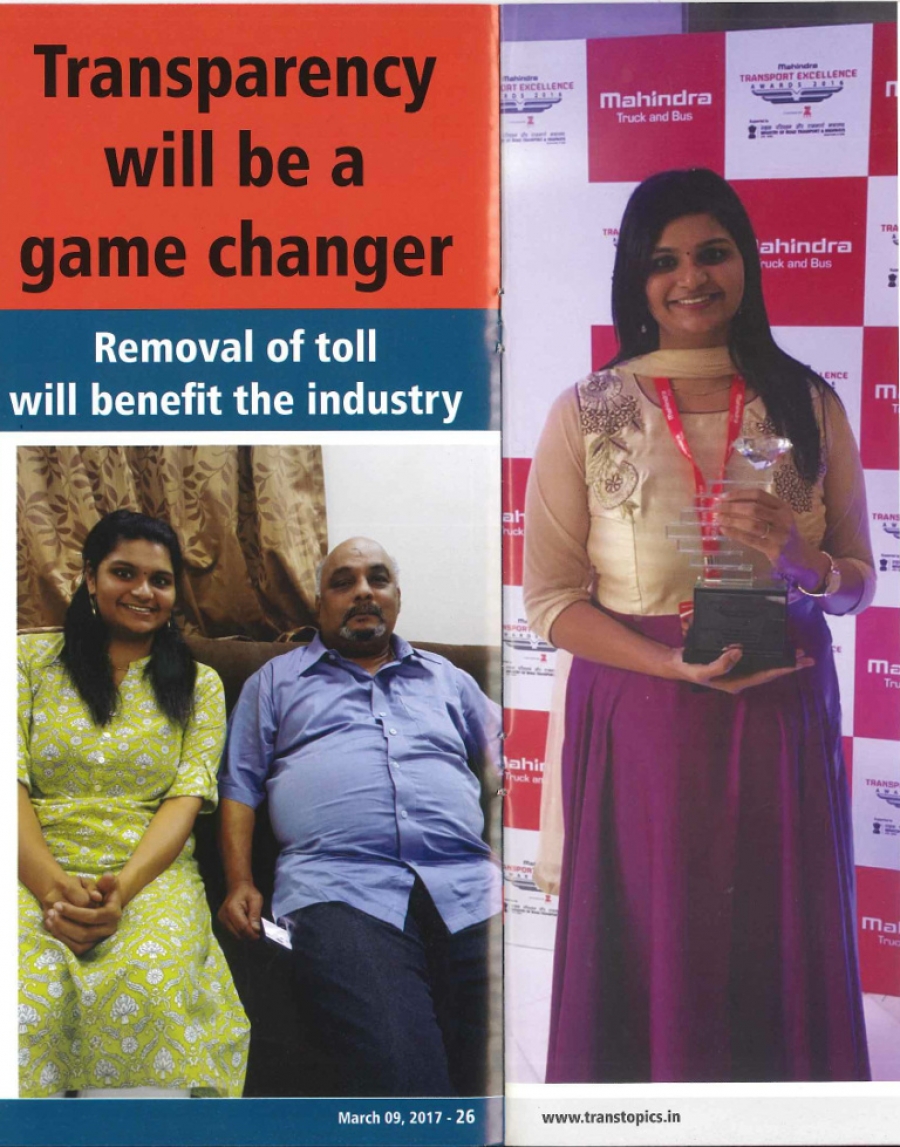 It is said of the transport industry that chidren do not want to enter their father's business. Many Children have gone abroad for studies and after completing the same have been working for multi nationals or have started their own business that has nothing to do with road transport. Unfortunately even today, road transport does not have the social status that is an attraction factor - in fact it is a deterrent. Perhaps for this reason, some transporters have changed the name of their transport company to logistics company. While some are working in the logistics space- some have merely changed the name because ithas some sense of respect and acceptabilty. Is is very sad that in an era where road transport fulfils all your daily needs, transporters are considered as 3rd class citizens.

Therefore it comes as a surprise that this girl joined her father's transpot business and involved herself completeley in various operations. The following is the story of Ms Anjana Subramani - daughter of P V Subramani (subbu) who is currently the vice president of All India Motor Transport Congress and the Former President of chennai Goods Transport Association. Many would think that subbu would have coaxed, if not forced, his daughter to join the business. however mouch to our surprise Anjana was fascinated by the work being done her father and she wanted to join the business.

When did you enter father's business and how did you take this decision?

I entered my father's business on 20th April, 2013 and to talk about the decision it was there in me since childhood. i was fascinated to see my father so authoritative and busy all the time. I wanted to be like hime and that eventually led to this decision of joining the business.

what attracted you to the transport industry or wasit just call of duty by your father?

i would not name it as a call of duty by my father. My father had not created a film but an ampire that had to be taken over by the next generation. transport being a thriving industry, i was thrilled to be a part of its and learn all the nuances.

Waht was your first impression of the business when  you joined?

i was scared! There had been days where i used to come home, sit alone and think if i had made a mistake. it was a huge responsibility and having no proper insight of the management techniques, I was worried that woul happen if things go out of hands. And transport stereotyped as a man's cup of tea, it made things worse. As days went by, I had the opportunity of observing the different departments in the organization. When given the chane of mananging any one of the departments i chose not one but two - repairs & Maintanance and technology.